I'm battling a strange creature on one of my trees. At first I couldn't even figure out if it was a disease, an insect or some weird fungus. It was the mysterious case of the snow white trunk and the seven million dwarfs. 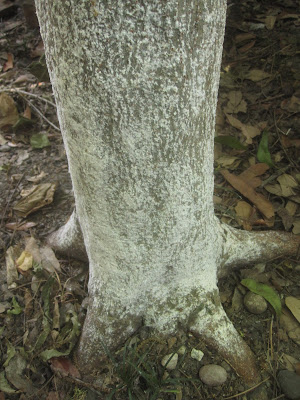 It looks like powdery mildew, but it's not. Creatures lurked under this 'snow'. 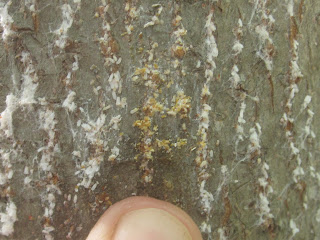 If you scrape away the white fluff you see small eggs. There must have been millions and they were only on the lower tree trunk. 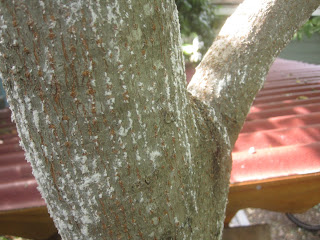 But I was alarmed to see them working their way up the tree. 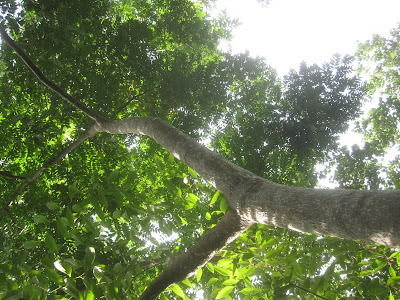 At about 12 feet up, they started to play out. That was good news since I couldn't reach much higher with a ladder in case I needed to make contact with them. 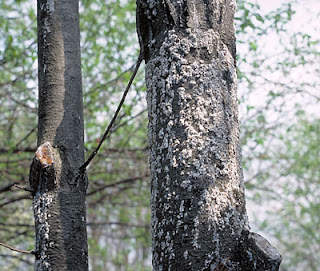 The only thing I could think of that could overwhelm a tree like this was a creature called an adelgid. They are now notoriously famous for wiping out our beautiful eastern hemlocks. Eastern hemlocks are (were?) my favorite tree of the Appalachians. I thought back to my own tree and feared the worst. 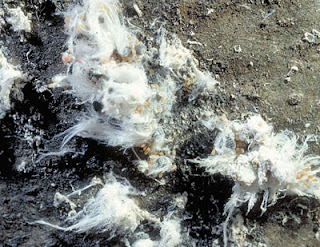 I don't grow eastern helmocks, so this must be a different type. The closest match was the pine bark adelgid. But they weren't on a pine tree, but rather a raintree! Weird. 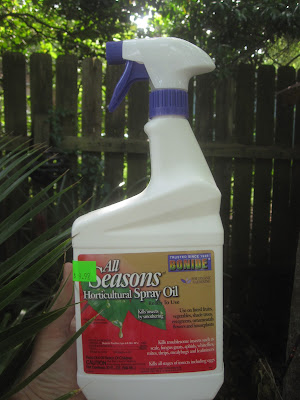 The treatment is simple; spraying them early with a horticultural  oil will smother the eggs before they hatch. 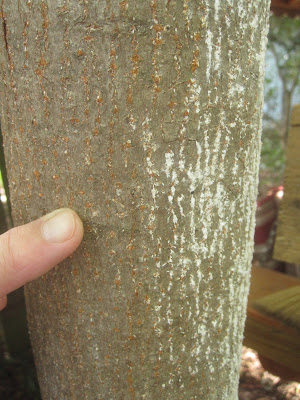 Here are the results after one day! I'm feeling a little better.
Plus, the extension websites say that these creatures are attacked by ladybugs, lacewings and hover flies. 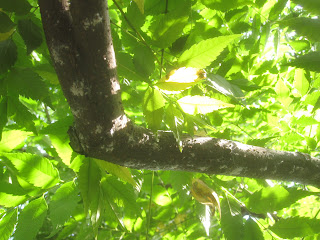 Still, the question now is can I reach all of them with the spray?
This particular adelgid moves very slowly by dropping down from one tree to the next, so I've got time.
I'm also scrubbing the trunk with insecticidal soap to kill any of the survivors.
So, if you have a tree that looks like its covered with powdery mildew, think again.
It might be the pine bark adelgid or some other type of adelgid.
Get it early before its too late.
David/:0)
OHIO STATE FACT SHEET:
http://bugs.osu.edu/bugdoc/Shetlar/factsheet/christmasstree/pine_bark_adelgid.htm

...and it is DWARFS not DWARVES (sorry J.R.R Tolkien):

http://grammarist.com/usage/dwarfs-dwarves/
﻿
Posted by David at 9:22 PM