1961 Planted first tree with my dad
1962 My first memories of nature are of lovely songs from our beautiful pet parakeet on the front porch
1963 Planted a green bean and go so excited I planted green beans and corn in the dirt at school. They were all pulled up by a bully. My first grade teacher assigned birds to report on and I picked a meadow lark
1966 Worked in the garden with my wonderful grandmother
1968 Started my first childhood collection by collecting different kinds of Agaves in Texas
1969 I raise ring-necked doves as a boy and learn to care for them. I have a flock of twelve. 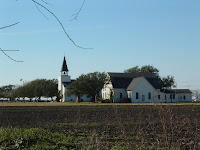 1971 I help my grandparents with their farm and garden in Friendly Corners, Texas ~ Wharton County
1974 Grew my first organic garden
1976 I work for the Texas A&M County Extension service with Boll Weevil Eradication programs
1981 I graduate with BS in Ed with a Biology, Botany, and Earth Science emphasis
1982 I take an Agronomy (soil science) class at Texas A&M University
1984 Grew huge organic garden (1,000 square feet) with hand tools
1985 Moved to current address in Houston
1988 Started collecting daylilies (most are wiped out by daylily rust)
1997 Started collecting Calatheas (wiped out by freeze)
1998 Started growing tropical plants outdoors (zone 9b)
1999 Started collecting & hybridizing gingers
and cannas (95% of the cannas were wiped out by virus) 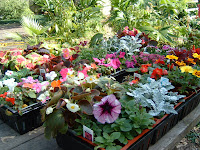 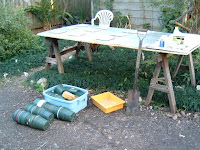 2004 Yearly plant sale from garden keeps my budget at zero dollars spent on new plants.
2008 (September) Hurricane Ike destroys garden with over 100 mph winds all night. Floods along with 2 weeks with no electricity are strong memories.

2010 (January) Record low of 21 degrees is major setback to Tropical gardens here.
2010 (July 10th) Started Tropical Texana garden blog
2010 (November) Started second blog about Bungalow and Cottage Gardens in Houston http://houstonbungalow.blogspot.com/
2010 (December) My 100th Post on Tropical Texana!
2011 (January) Started third and final blog with a photography group for black & white photography enthusiasts http://houbw.blogspot.com/
2011 (February)  The 10,000th pageview for Tropical Texana is beyond my wildest dreams. Thanks, y'all!
2011 (February) A week of bitter cold and hard freezes down to 24 degrees knocks out Tropical gardens around the city. Second time to start over.
2011 (March) I get to visit another Garden Bloggers garden; Cindy at My Corner of Katy! Wow!
2011 (April) We get 6 garden chickens...a dream I've had for years.
2011 (June) Worst drought in Houston history. Lawns, bushes, and even trees die from lack of rain.
2011 (June) Tropical Texana gets its 1,000th comment.
2011 (June 10th) Tropical Texana gets its 20,000th pageview from 91 different countries. This is beyond any goal I had in mind when I started.
2011 (December) Tropical Texana gets its 40,000th pageview from 121 different countries. I finally join Blotanical. 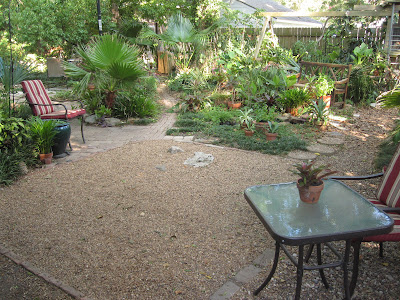 2012(January) Tropical Texana stays at #1 spot on Blogs on the Rise at Blotanical Garden Group.
The garden gets its 50,000th pageview from 130 countries. This was my final goal, so nowI can 'retire' and write just for fun!
2012(February) In top 5 most visited garden blogs at Blotanical Garden Group. After 5 months of normal and above normal rainfall, the garden recovers from the record drought. I make small ponds
in the front yard.
2012(May) Tropical Texana gets 11,000 pageviews in one month.
2012(July 10th) Tropical Texana completes its 2nd year of postings. With 95,000+ pageviews and
143 countries, I'm happy to continue with a 3rd year of writing and posting.
2013 (July 10th) I celebrate my 3rd year of blogging. I get a better camera!
2014 (January) Tropical Texana gets its 250,000th pageview from 160 different countries.
2014 (March) East side house and garden are bulldozed. With no tree canopy, my garden instantly switches from 30 years of shade to full sun. I spend the Spring changing all my planting scenarios.
2014 (July) Tropical Texana is now 4 years old with 300,000 pageviews from 168 countries. I'm happy to continue a 5th year. Neighborhood is changing with 1/3 of the small bungalows gone. Replaced with large million dollar homes. Prices for land hit $300,000 for an empty lot to build on.