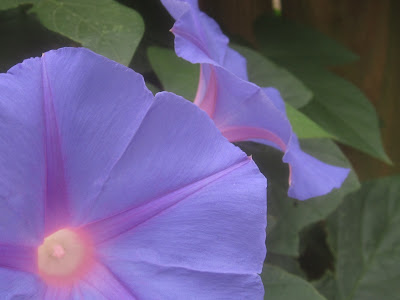 The beautiful, the talented Ocean blue morning glory on trial for...
ATTEMPTED MURDER! The trial continues...

For the Prosecution (representing the Human Gardener who accuses this vine of attempted murder!)

Human Lawyers:
Dear Jury, Please note the following comments against the accused.
Deposition #1. Holley, a wonderful Texas Gardener who usually likes all plants calls this one "Eeeeevil" and 'evil, evil, vine."
Deposition #2. The countries of Australia and New Zealand have published papers on its take over personality. New Zealand despises the plant and wants it eradicated.﻿
Deposition #3. And a member of Dave's Garden says, and I quote:
" I wanted to add that this one is not the usual morning glory. It is a plant from h***. It also does not set seed but spreads from runners. It roots every time it touches dirt.

These runners can go forever looking for soil to root in and then it sends out 5 or 6 runners from there. Over and over again until it covers a house or a canyon, choking all plant life it encounters. DO NOT BE FOOLED BY ITS PRETTY LOOKS! And do not think you can control it. I swear it has a brain. " 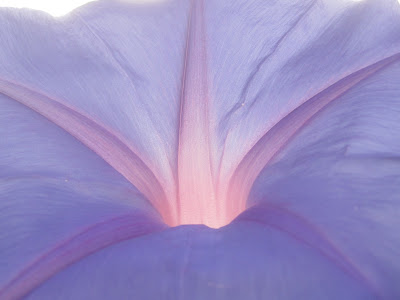 For the defense (Morning Glory Lawyers)

﻿Dear Jury,
Please note the following comments in defense of our client:

One of the finest growers in the nation says this about wild morning glory:

"Where winters are mild, this plant can completely shroud a small metal shed or outbuilding and transform it into a romantic vision popular among Victorian and cottage gardeners."

Another fine grower says this:
FREE SHIPPING Ipomoea acuminata Blue Dawn is a beautiful electric blue perennial morning glory vine. This plant is a pure joy for the gardener who wants almost instant coverage. These vines will give you a spectacular display from early Spring right on through the Fall.

And finally, my dear jurors, isn't a picture worth a thousand words? 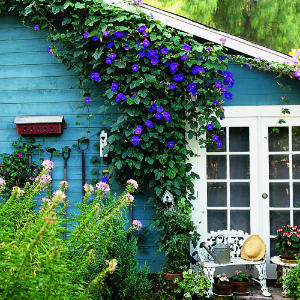 Who could deny its beauty in a cottage garden?
image from two sources: USA & FRANCE (not sure who to credit)

The defense rests for today.

JUDGE:
Seems like the score is a tie. 3 for and 3 against
We'll have a one week recess as the prosecuting attorney collects material evidence.
In the meantime, I issue the following  RESTRAINING order on Ms. Morning Glory.
She is restricted to growing only on the fence until further notice.
Court adjourned. 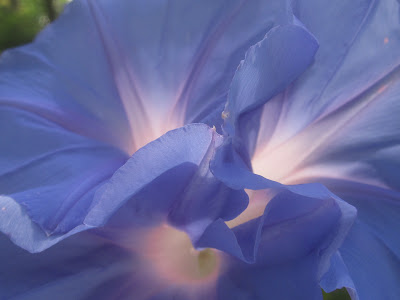 The beautiful morning glory that's taking over my garden's  fence and trees.

Thanks for stopping by. I'll post pictures of the scene of the crime next time.
And thanks to Indie at Red House Garden for the idea. There seems to be a garden humor crime spree taking place in her garden at this very moment!
David/:-)