It was a risk to add this low wall to the very front of our garden. But, after studying the photos, it's the look I've been after for a long time. I'm about half way through the project. (See next post to see part I) 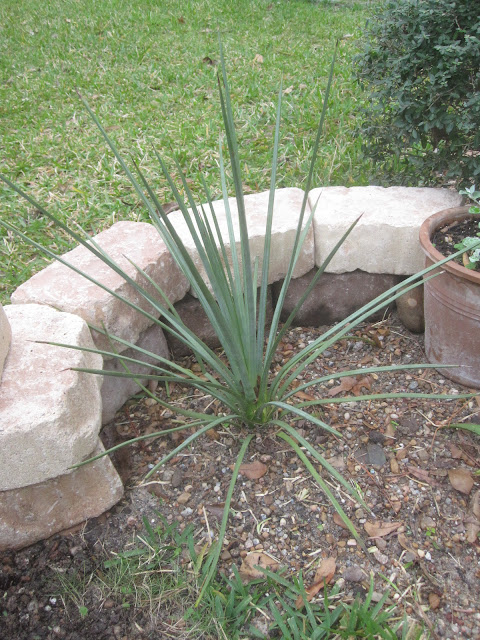 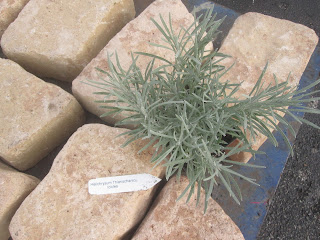 A new Helichrysum that can take temps from 105 down to below 0! I'm excited to find another silver plant in this genus and now I'm curious if there are more. The information states that it is a subshrub from Asia.
Ornamental plant enthusiast Tom Fischer in Portland, Oregon has some of the best information on Helichrysum thianschanicum. See link below:
http://overplanted.com/blog/archives/2010/03/28/splendidly-silver-helichrysum-thianschanicum/ 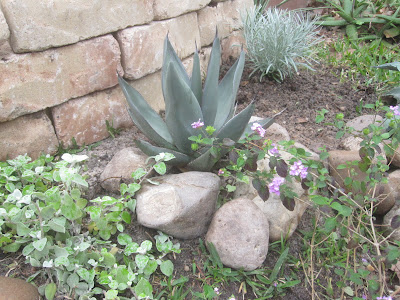 Once the gravel is added (Phase 3), the project will be complete. I like this Agave 'Sharkskin' contrasting against the stone wall. 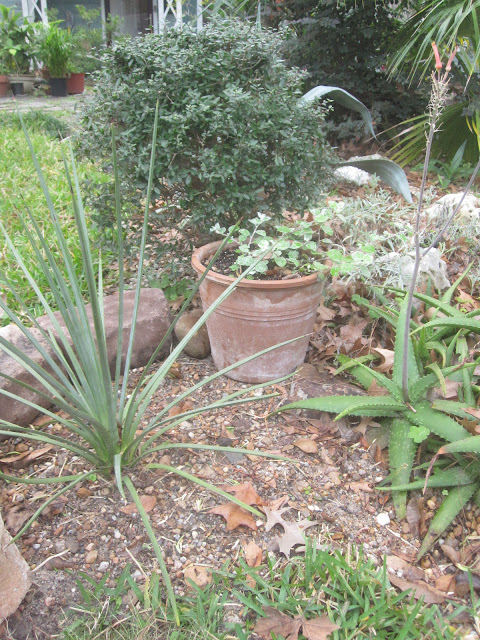 Another Helichrysum in a pot. They can grow from rooted cuttings, but it is not the easiest plant to propagate. 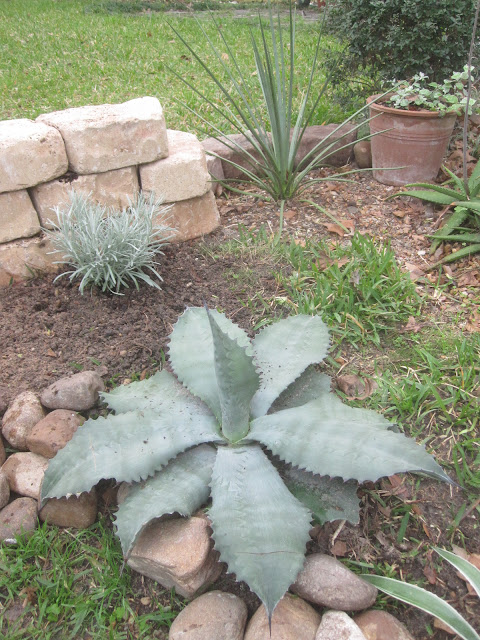 I'm giving everything some room to grow, so the spacing looks odd at this point. The carpet grass is going away soon. The large agave in the front is Agave sp. 'Mr. Ripple'. 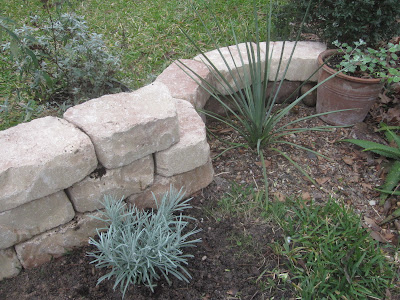 A silver leaf Buddleia is on the other side of the wall. I found it today marked down to $5.00 and there are 3 plants in the pot. It's already putting out new foliage. It will have purple blooms. 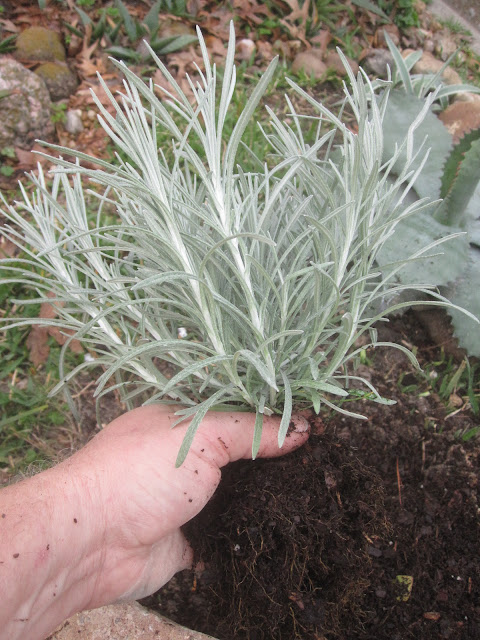 A closeup of the Helichrysum. It resembles a lavender plant in some ways. I can't grow lavender here due to high humidity levels. 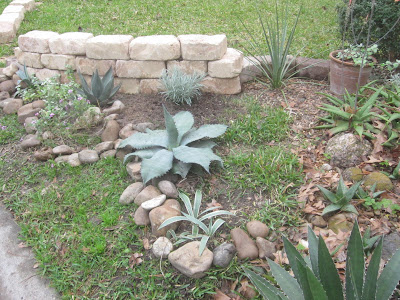 The larger picture. This bed is next to the street. To the right is a larger Aloe bed that gets a bit more shade each afternoon. The small variegated agave below Mr. Ripple is called Agave angustifolia variegata. 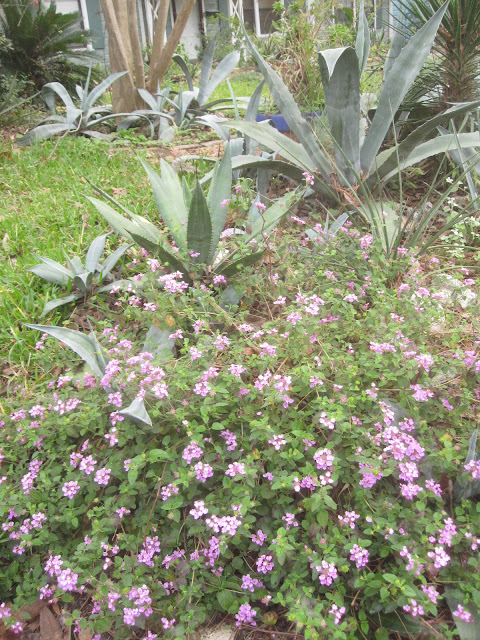 This is the other front bed. It is nicely established and has been growing for about 3 years. Since we have had a frost free winter (so far), the purple Lantana has not ceased in its lovely cascade of blooms.
And to imagine, it is now time to cut it back! I like the old saying, "Leave well enough alone." I'm not cutting it back until it stops blooming. Fairy moths love the blooms.
Well, that's phase II. Thanks for joining me.
David/:0)
﻿
Posted by David at 8:53 PM