HOW ARCTIC SEA ICE RECORD LOWS RELATE TO TEXAS WEATHER...or why am I still running the a/c on November 11th?!?

I've just completed an extensive survey of world ecosystems with my schoolchildren. The deserts, the grasslands, the forests, and many smaller ecosystems yielded no surprises. But then we took a look at the polar biomes. I was shocked by some of the scientific websites and their reports about the amount of open water in the Arctic Ocean these past few years. The most interesting website we studied was the daily report by the National Snow & Ice Data Center.
So you might ask....why would a Texas tropical gardener who hardly remembers what a snowball looks like care a fiddle about the Arctic Ocean?

Well, frankly, it's because it's the middle of NOVEMBER and so far we've had barely a hint of cool Autumn weather. Everything is running about a month and a half behind schedule.

Why is it running a month and half behind schedule? 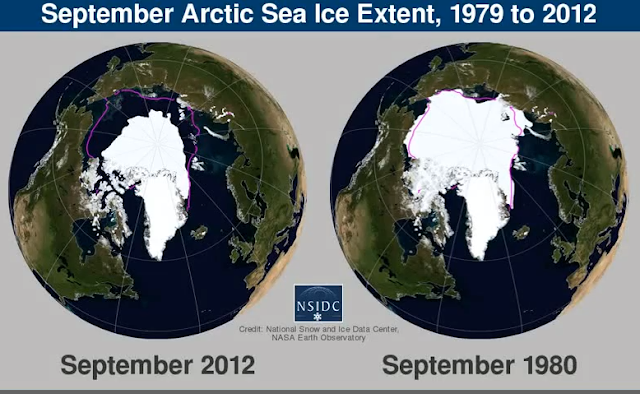 My best guess is that Mother Nature is having to spend an extra month or so refreezing the Arctic Ocean (see above). That makes a Texas October feel like September, November like October, December like November, and January like December. Spring starts in February.

Our last winter here in central Houston went without a single freeze. That's nice for the tropical garden, but not so nice for our air-conditioning/electric bills.
It's a simple theory and it leaves out the hundreds of other weather variables (and doesn't explain the blizzard in the Northeast)
*****
But the fact remains; it takes a lot of extra energy to refreeze an ocean!
Check on the link to learn more.

Tonight we get our first real cold front, so it's time to find my coat....and finally turn off the A/C. 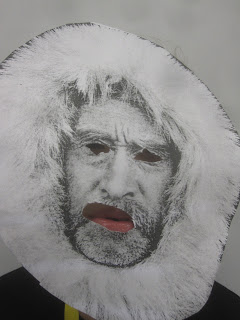